Written by Matilde Mualim
Updated over a week ago

The account alerts feature in the MCC dashboard helps track the performance of specific metrics. It notifies you if the performance for a metric falls below target or starts trending in the wrong direction.

How do they work?

For example, if you're entering a target for cost/conversion as 20 and the allowed percentage deviation is 10% then the system will highlight the cell in Red if the cost/conversion goes above $22 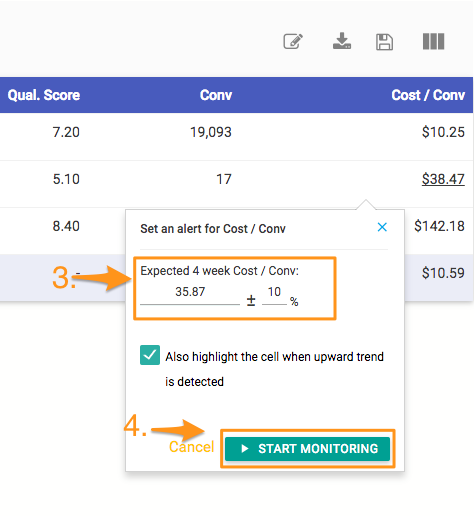 What do the colors on the dashboard mean?

The color of the cell will turn light red or dark red depending on the status of the metric.

Who will receive the alerts?

Members of the team will get alerts for all the accounts they have either starred or own. Account ownership can be set in the bulk edit mode or while setting up an alert. 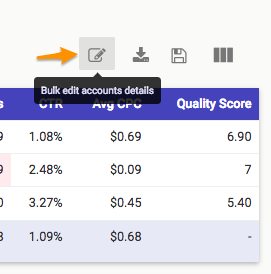 If an account triggered an alert and no team member owns it or has it starred, the alert for the account will go to the person who set up that alert.

If the owner of the alert unsubscribed from alerts and emails from Optmyzr, by default, our system will notify the person who created the alert.

On the left sidebar of the MCC Dashboard, you'll see a tab for Active Alerts, where you can find the details of the alerts set up and which ones have been triggered.

The Auto Alerts are set up for three metrics: Cost, Impressions, and Clicks. You will receive a notification whenever the performance of either of the three metrics changes by 75% or more on a particular day. 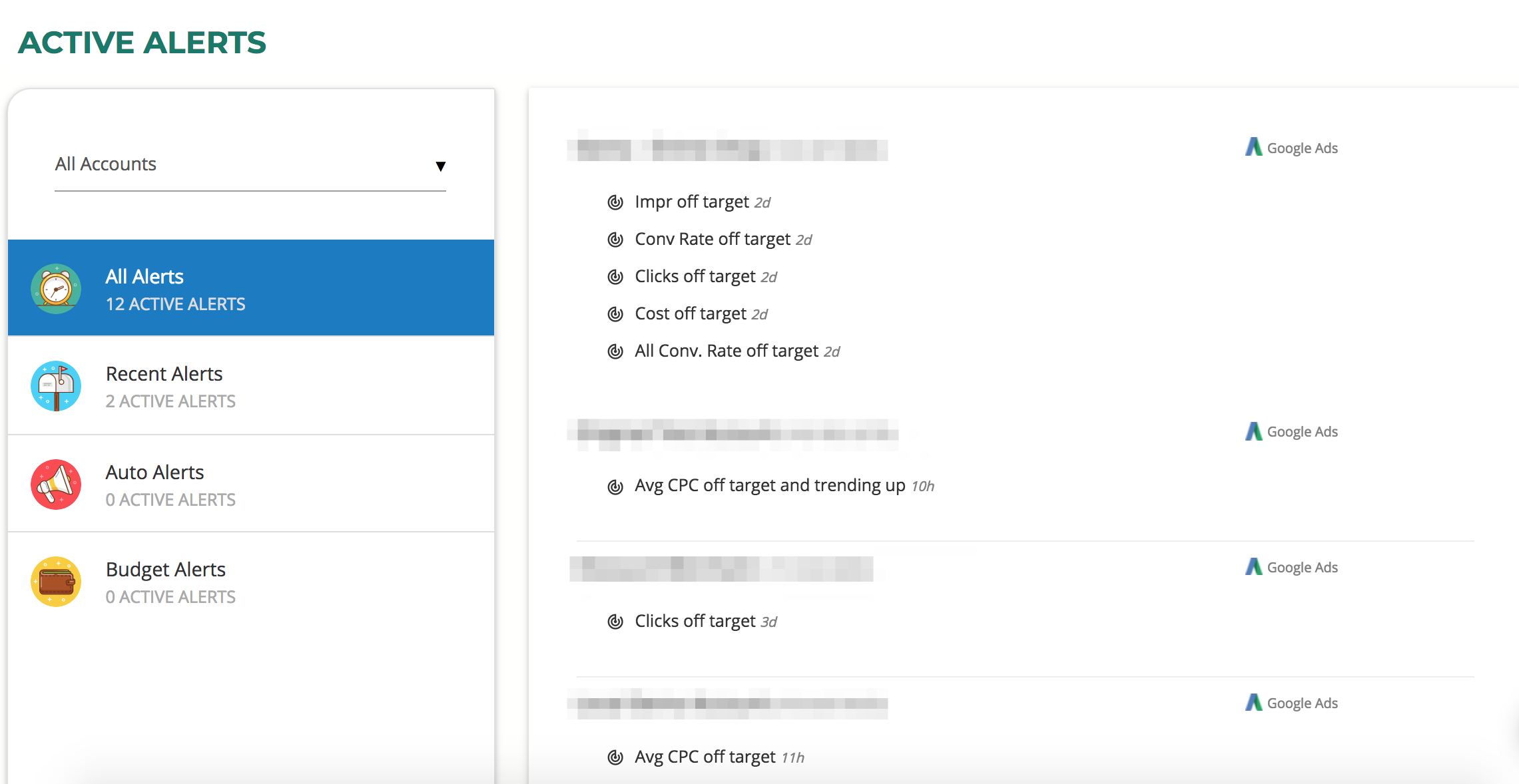