Written by Sam Mualim
Updated over a week ago

The Shopping Campaign Builder 2.0 tool, used to create Shopping Campaign structures, allows setting up campaigns at a granular level such as a Brand + Product Type 0 combination. For these cases, the Product Group Refresher 2.0 fully supports refreshing them.

The Product Group Refresher only recommends product groups when the associated 'Everything Else' group is included. If it is excluded, the tool will ignore new products that were added to the feed under that split because the assumption is that anything that falls into 'Everything Else' should not show ads.

How does it work?

The first step will define whether you work on a shopping campaign created using the Campaign Builder 2.0 or using other means. 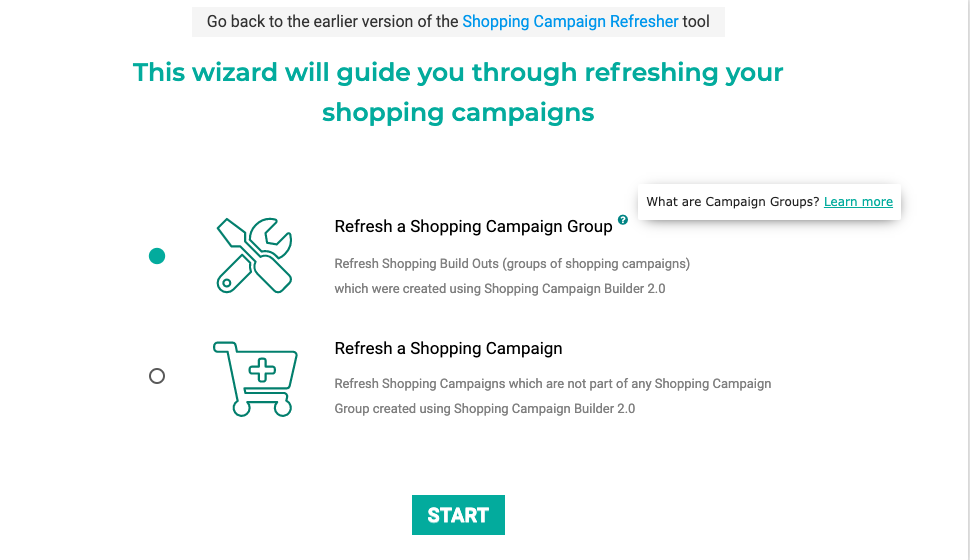 The second step will prompt you to select the shopping campaign you want to refresh.

You'll see the details for each available shopping buildout, with the number of campaigns and ad groups included, the merchant feed, target country, amount of smart shopping campaigns, hierarchy, and structure. 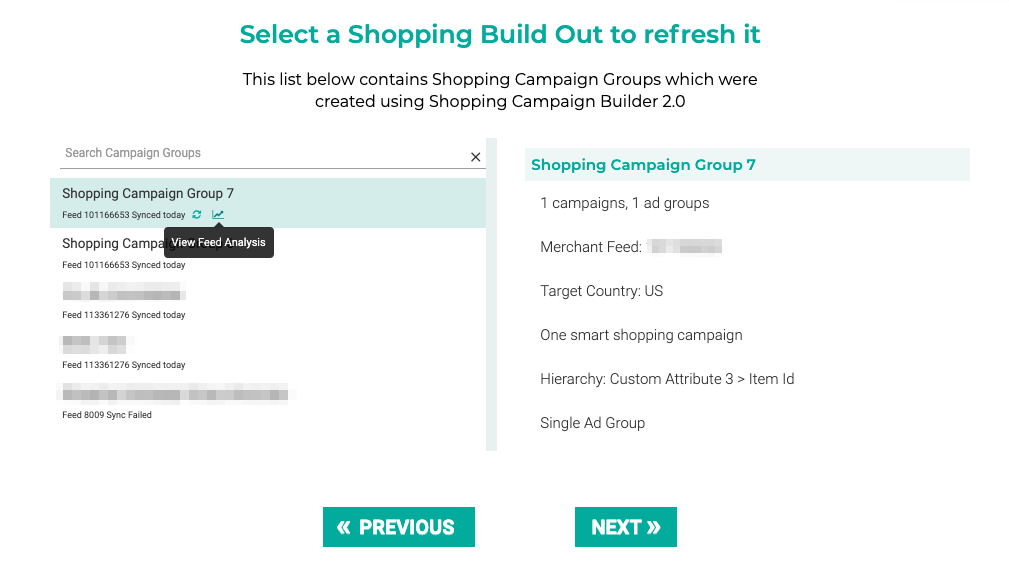 In the next step, you'll be able to check the Merchant center linked in case you needed to make any reviews of changes.

This tool will find all the new products in your feed that don't have a product group created yet, and recommends creating new product groups or ad groups for them based on the existing campaign structure.

When there is a change in the attributes for an existing product in the feed, the products will move from one ad group to another, or a new one will be created. You'll see the changes in Optimization History, but the existing ad group won't be removed.

This tool also finds product groups that are no longer present in the feed and suggests removing them. To maintain the historical ad group data, we only support removals at the product group level. Ad groups will not be removed by the tool.

Note: If a row for a product still exists on the merchant feed, the tool will suggest adding ad groups or product groups accordingly, even if the availability is "out of stock". We don't process out-of-stock products as removals because, by default, Google won't advertise on them. 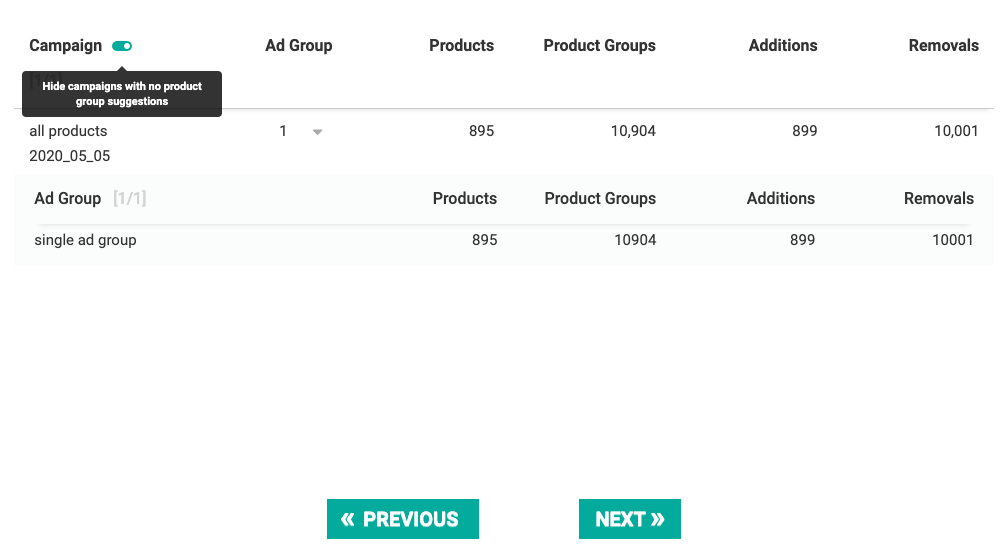 Here you can edit the bids for your suggested new campaigns before you apply the changes manually. You'll also find a bulk edit option for the campaign bids.

The preview changes page will display a detailed list of the campaigns that were created in the previous buildout and under each campaign, you'll see the list of ad groups and product groups. The "# Products" to the side of each item will tell you just how many new products will be added on or removed. 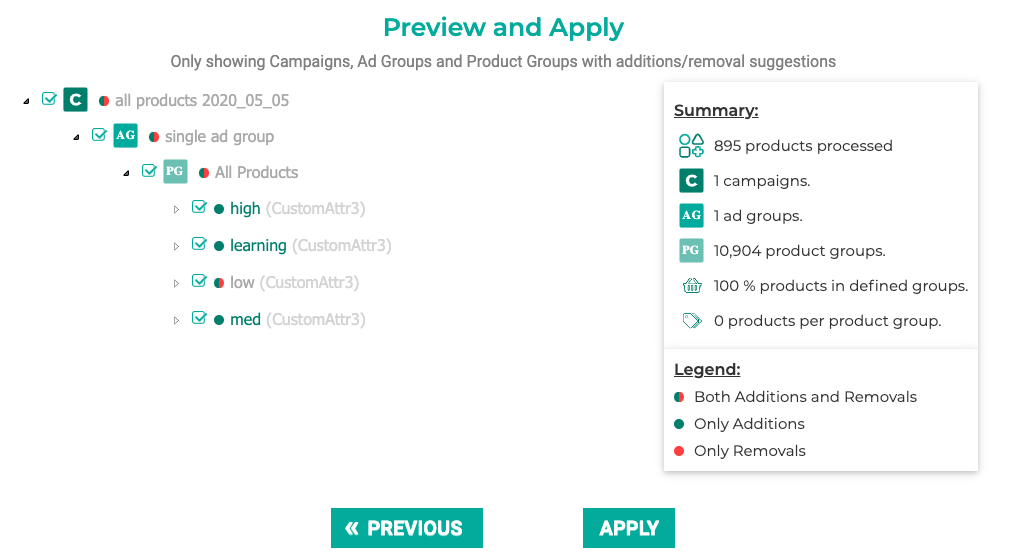 The right side panel displays the information for the number of products, campaigns, ad groups, and product groups that were processed. The last two items (products in defined groups and products per product group) will tell you how many new products will be added, as well as the final count.

The color legend indicates added products, removals, and both addition and removals.

Once you're done, simply click on the "Apply" button and you'll be good to go!