What does the tool do?

With the Campaign Experiments tool, you can view and analyze the performance of your Google Ads experiments across all your Google Ads accounts, and use the comparative information to make the decision of either keeping the campaign experiment(s) or ending them.

Why should I use it? 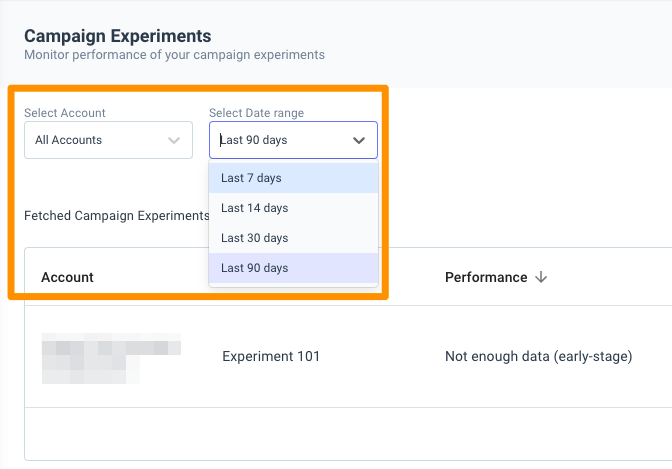 Once you select the account and date range, you'll see all the active Campaign Experiments within the linked Google Ads account, along with the following: 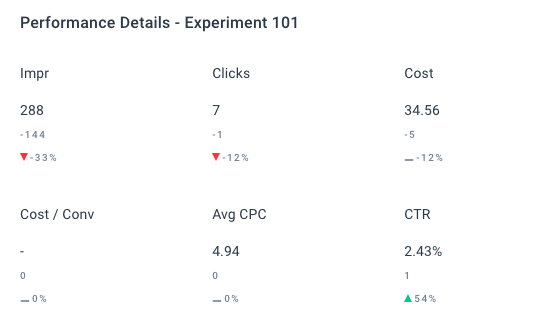 Confidence Level based on Performance

The confidence levels in green suggest a positive trend, in red as negative and no color being neutral, which means there is no clear indication of the experiment being successful yet.

With the "Apply to Google Ads" button you'll have three options: 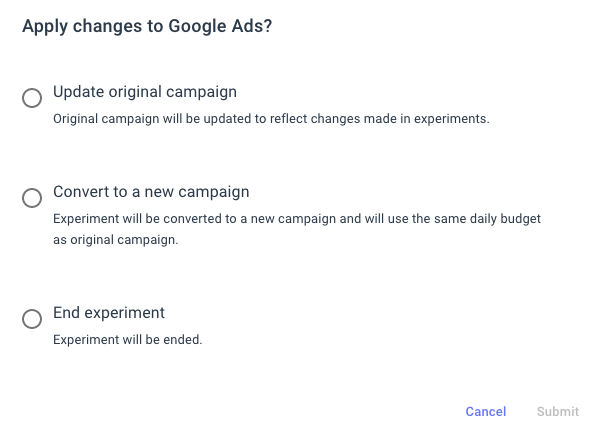 Note: New campaign experiments created in Google Ads will show up within 24 hours in the tool.